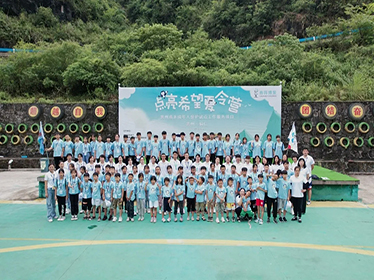 Jia Jia lives alone in an apartment (with one living room and three bedrooms) of a resettlement area. In the house, there is nothing more than a single bed, a table and two chairs. Jia suffers from unspeakable loneliness that never seems to disappear.

Yan has to take care of four younger siblings. She is burdened with everything from doing the laundry, cooking and cleaning the house. She impresses us with a pair of big void eyes speaking of her resignation to the hardship she has been through all these years.

Hui is a difficult boy living in an institution. He fights, steals and lies, labelled a “bad boy”. No one wants to approach him, out of dislike or fear.

As they say: “Summer enchants the children with romance, excitement and an enhanced enjoyment of life. The days last forever, and the fun never stops.” But in Guizhou, the orphaned and at-risk children seem to be left out of the charm of this season.

In July, Chunhui Children facilitated a summer camp themed “Lightening the Hope with Love” for at-risk children in Tongren, Guizhou Province. On July 22, the six-day camp kicked off in a remote well-known mountain.

01 Bus sickness and first dinner together

On July 21, a bus with children from local welfare institutions and resettlement areas arrived at the foot of Fanjing Mountain, where the summer camp would start the next day. Most of these children had never left their towns and it was their first trip away from home. Before their excitement faded away, they were hit by a pang of bus sickness. Fortunately, the dinner came, the children were attracted and ate to their heart’s content. “I have never taken better food than this,” said Sisi. From that day on, the children began to indulge themselves in rich table delicacies, barbecue, hamburger, Coca cola, French fries… It is a summer that brimmed with youth and made the children smile. 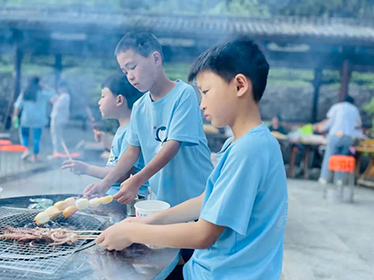 02 Loving ourselves, making friends and venturing into the larger world

The children at risk have different backgrounds and stories, but they have all gone through a lot at such young ages. Without loving parents by their side, they are withdrawn, silent and vulnerable. What’s most important for them is to build up a positive self-image, learn about their own feelings and love themselves. In the camp, provided the much-needed emotional support, they began to open up and develop bonds as never before. Friendships built within six days may make a lifelong difference. 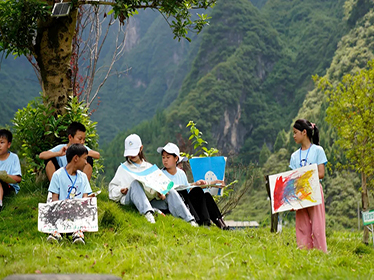 Although the children have always lived in a small world, Chunhui Children hopes the summer camp could introduce them to a bigger one where they will find hope for a bright future and fight for it. 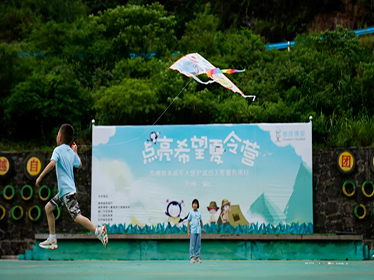 Enriching learning opportunities and games helped the children build up self-respect and self-awareness. They are expected to learn to accept themselves, express themselves, make decisions by themselves and, when confronted with challenges, stay creative and resilient. 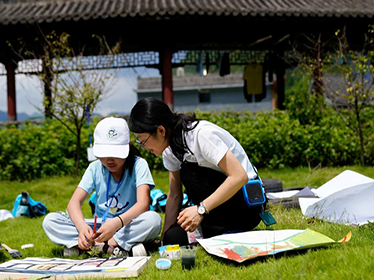 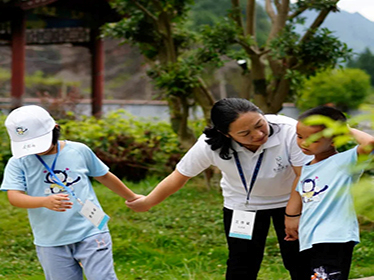 In the fun games, the children learned, shared, and made friends. Children are not smaller versions of adults. They have their own minds and ideas. A key component of this summer camp is to let the children be children.

The enriching games were a great opportunity for the children to talk and set their pressure free. Chunhui teachers learned about their needs, identified their feelings, helped them work on these feelings, and explored with them new ways of building relationships and solving problems. 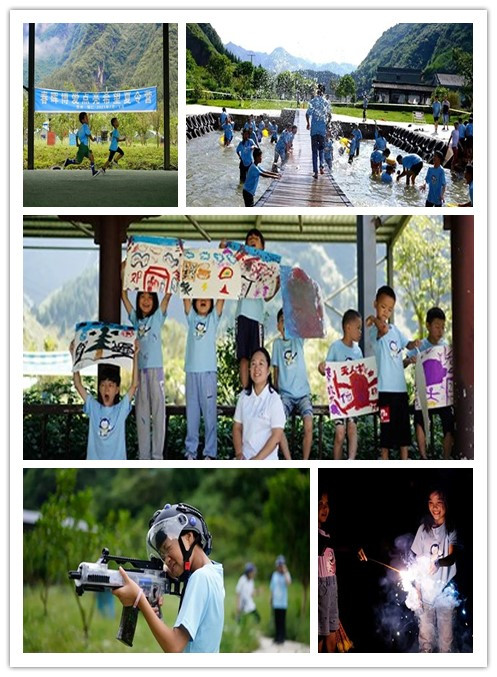 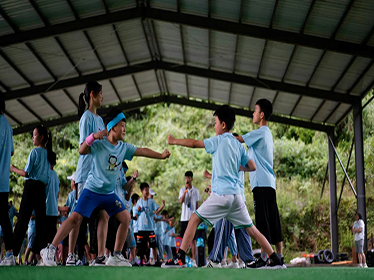 The children used Djembes, for the first time, to perform an exciting song Chinese People with perfect neatness and uniformity. 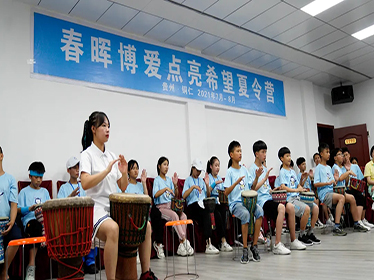 Happy moments fleet. The summer camp ended with a drama titled In Twenty Years. They children all shared their dreams. Some said they want be a doctor when they grow up, some said a scientist and the others said a fashion designer, a star, a hero… 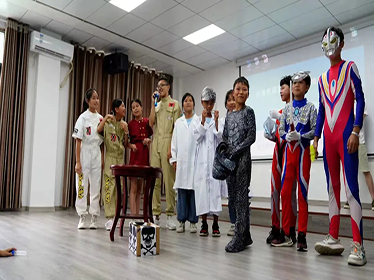 But the happiness will go on

Will come up again in the temperate summer nights

In these children’ hearts,

There will always be a summer

That brightens their youthful years

Chunhui Children wishes to light up a lamp of hope for the at-risk children in the darkness of night, because it knows that they all have unbelievable potentials and a brilliant future.